On Thursday I had the privilege of witnessing the last game of the Trey Hillman era. So let's start with a few thoughts regarding Thursday's win over the Cleveland Indians.

1) Kid's Day at the K is something that is fun in a very bizarre sort of way. The atmosphere the entire game was great and if you can't withstand the much higher pitch of crowd noise it is really a lot of fun. There is no other game when the scoreboard operator is met with such enthusiasm when he requests the crowd to "make some noise."

2) I respect the fact that Trey Hillman was allowed to manage one more game. Hillman has been a flop from the start, but I have nothing against him as a person and I'm glad he had the opportunity to end his tenure with a victory.

3) This may not be a fair statement but I am extremely annoyed by Dayton Moore's tears in the press conference. I realize that him and Hillman were extremely close, but the fact is that personal emotions need to be separated from business decisions and the fact that Moore couldn't remain in control just makes me wonder how many times Moore has given Hillman one more chance due to their personal relationship.

Okay so those are the main thoughts that I had on Thursday, and now I am left asking what the next step should be. Moore's first wave of talent is at the double A level and at the best some of those players will be competing for spots in Spring 2011. So what should happe 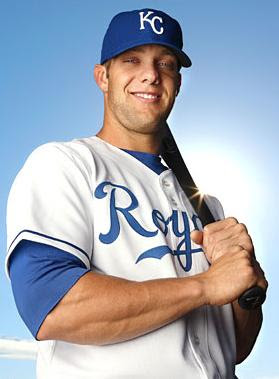 n between now and then? Well right now there are four players that need to be evaluated by this organization moving forward. These players are Alex Gordon, Kila Ka'aihue, Mitch Maier, Chris Getz and Mike Aviles. These four players need to be playing everyday between now and the end of the season so that when next year comes the organization actually has a better idea of what they have or they can go their typical route of evaluating in September and then be fooled once again.

Before the season I was not as opposed to the Podsednik and Ankiel signings as most, however circumstances change and thus the organization needs to show the brass to evolve with the state of the team. For this reason I believe that Podsednik, DeJesus, Betancourt and Guillen need to be shopped and traded as soon as possible. I realize that this may not be possible for Guillen and Betancourt so in their case a release might end up being the way to go. I am not claiming that these roster moves will make the Royals a more competitive team in 2010, but they aren't going to be competitive this season anyway, so let's deal with the roster in a way that makes the team more competitive for 2011.

First there is Alex Gordon. Those that have read a lot of this blog know that Royal Revival is very defensive of Alex Gordon. The problem with Alex Gordon is that he isn't George Brett. But the bigger problem is that Royals fans can't accept him for what he is: a guy who in his sophomore season posted an above average offensive season for a third baseman with a great second half and a WAR that was better than Billy Butler's last season. Once again Gordon is absolutely dominating minor league pitching, and by all accounts has began to play above average defense in the outfield. For me this position change was logical and makes sense and I expect Gordon to be a very strong fielder at that position for a long time. Gordon has proven that he can dominate the minor leagues, he has even proven that he can hit in the major leagues. He should be starting in left field as quickly as the Royals can open up the spot for him. 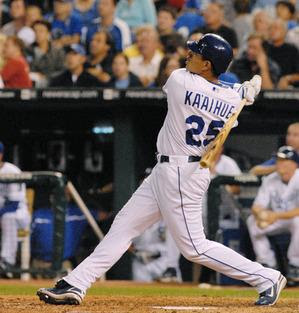 Next there's Kila Ka'aihue. As much as I love the fact that Ka'aihue is on the major league roster I am frustrated by the fact that now he is being Huber-ed by the coaching staff. Guillen needs to be gone. The man is a sunk cost and while he has been a good hitter this season, the organization simply has to find out what they have in Kila Ka'aihue. Kila needs to be starting everyday, plain and simple. Ka'aihue and Gordon both provide the two tools that the offense lacks most: power and the ability to draw walks. They should both be playing everyday.

Mitch Maier is the other guy that should be playing everyday. Maier had a terrific spring, but unfortunately spring and September are the two worst times to evaluate players. I believe that Maier is destined to be a fourth outfielder, but if the organization thinks it is possible that he can be an every day guy then now is the time to figure it out. Start him everyday in center, let's see what he can do, maybe I will be proven wrong.

Chris Getz. Getz was brought in this offseason to be the starting second baseman. He has a track record of decent plate discipline, good range and good speed on the bases. it sounds like he could be the long term answer at second base, but him sitting on the bench isn't going to solve anything. The organization seems to be extremely invested in Betancourt and while he has been a pleasant surprise with the bat, his range is still sub par. 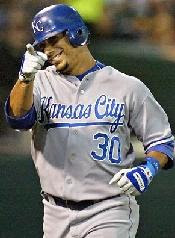 Finally that brings me to Mike Aviles. Aviles isn't young, but he is under team control for several seasons and he should be starting at shortstop until the Royals figure out what they really have in him. Is he the player of the year Mike Aviles that we saw when he was a rookie? Or is he the dreadful sub .200 hitter we saw a season ago? The answer is probably somewhere in between but the organization has to find out at where that point falls before next season.

If I am going to be forced to watch a poor baseball team for the remainder of the season, I would much rather watch players that could be a part of the turn around and the future, not players that will be wearing another team's jersey a year from now.
Posted by Landon Adams at 3:31 PM No comments:

A snap shot from milb.com. I'd say this speaks for itself.
Posted by Landon Adams at 10:15 AM 3 comments: